“I’ve often heard people say: ‘I wonder what it would feel like to be on board a spaceship,’ and the answer is very simple. What does it feel like? That’s all we have ever experienced. We are all astronauts on a little spaceship called Earth.” – R. Buckminster Fuller

I am taking part in an art exhibition in Exeter, entitled From Cowboys to Astronauts. It is a very special exhibition, because all of the work is made from waste materials.

END_OF_DOCUMENT_TOKEN_TO_BE_REPLACED

“Much Ado About How to Become a Famous Artist” is my first animation movie. I wrote the whole script and produced the animation in collaboration with Nikolaus Cieslinski. The movie was made in cooperation with the VisionLore Group. They are a Polish animation company who designed the visual characters.

END_OF_DOCUMENT_TOKEN_TO_BE_REPLACED

In which Kasia and Jim interrupt Chris’s sales of The Big Issue, and then discuss with him and Steve their view of contemporary art from the streets of Exeter:

END_OF_DOCUMENT_TOKEN_TO_BE_REPLACED

The second video of the Contemporary Art in the Community project.

An interview with Doreen, in which she recognises Hell when she sees it, and feels herself drowning in a really stormy, turbulent sea.

END_OF_DOCUMENT_TOKEN_TO_BE_REPLACED

The average person visiting contemporary art galleries or modern art centres at the present time doesn’t understand most of the art works presented. She or he wants to understand the “art works”. Because they can’t understand it or explain it, or find any sense in it, they decide they don’t possess the institutionalised knowledge of contemporary art. They decide they just don’t like it! The secret is: nobody understands it; not the art historian, not the art curator, not even the people who are writing the articles in the art magazines or the introductions in the books. Very often even the artist her/himself doesn’t understand it either. And it is OK! Art doesn’t exist anymore. Most of modern day ‘Art’ isn’t art any more. Nothing is art and everything is art. Art is about personal and emotional engagement. You like it or you do not, you feel it or you do not feel it; it makes you laugh, it makes you cry, it makes you angry, it makes you disgusted. It is OK!  Art is about feeling….or should I say NON-ART is about sensation. Never think about what an artist is trying to convey, concentrate on the piece and what it does with you, how it makes you feel. After all it is your personal experience!

END_OF_DOCUMENT_TOKEN_TO_BE_REPLACED

I went to the supermarket yesterday. It is now obvious that Christmas is coming. Mintaka’s message bears repeating. Here it is once more, for Christmas shoppers everywhere. 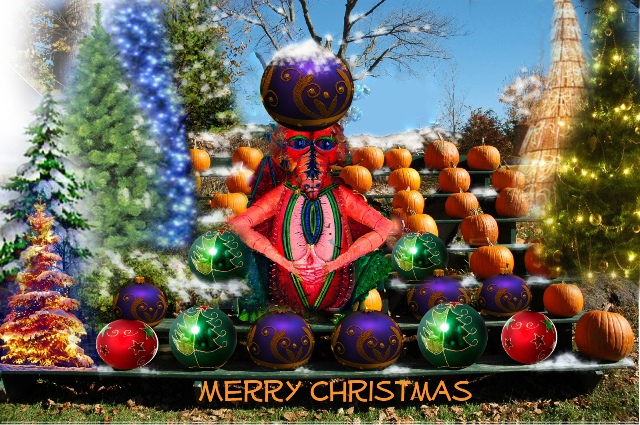